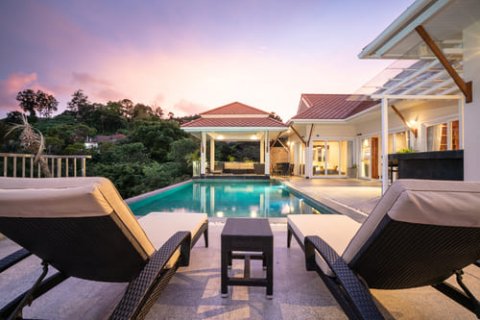 According to Turk.Estate, 42,783 houses were sold in Turkey in April 2020. Thus, home sales in Turkey fell by 55.5% compared with the same month the previous year.

According to Alen Yeremeyev, Turk.Estate expert, only 790 properties were purchased by foreigners. The top three countries included Iran, Iraq and Russia. Their residents bought 157, 103 and 61 properties respectively. For the first time in a long time, China moved to the 5th place with 40 apartments purchased. In March 2020, foreigners bought 3,036 properties.

Property sales with mortgage loans reached the level of 17,088 in April 2020

The number of sold newly built properties amounted to 14,848 units. The number of new homes sold in Turkey for the first time decreased by 60.7% compared with the same month a year earlier. The share of new home sales in total house sales reached 33.1%. 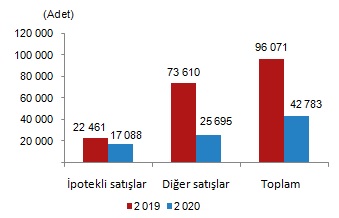 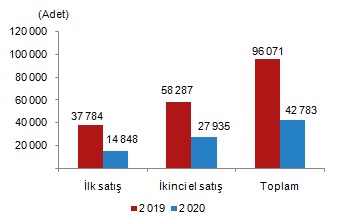 In April 2020, only 790 apartments were sold to foreigners. This figure dropped by 78.8% comparing with the same month last year and amounted to 790 units. Foreigners bought 374 properties in Istanbul, which made it the leader in the top list in April 2020. Istanbul is followed by Antalya with 150 sales, Ankara with 47 sales, Izmir and Yalova with 30 and 25 sales respectively.

The number of properties purchased by foreigners in January - April decreased by 12.0% comparing with the same period last year and amounted to 11,738.

The largest number of houses were acquired by Iranians, who purchased 157 properties in Turkey in April. Iran was followed by Iraq with 103 houses, the Russian Federation with 61 apartments, Afghanistan with 54 and China with 40 properties.

Top 20 of nationals who bought property in Turkey, April 2020 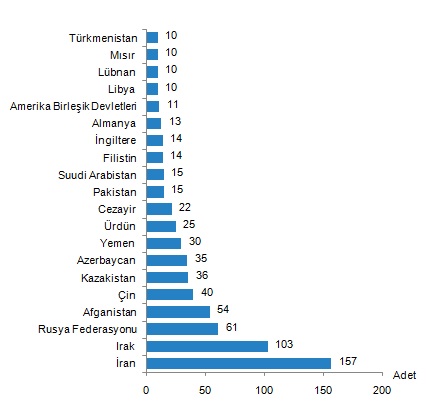