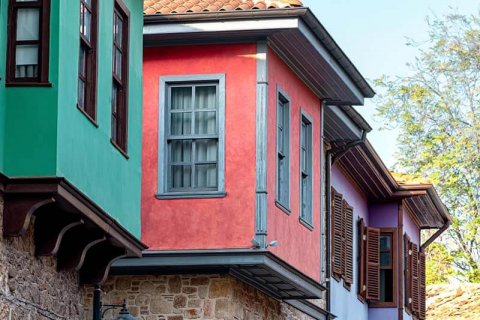 Recent events have had a substantial impact on the Turkish real estate market – both sales and rentals. In Turkey, many people want to move to a permanent residence or spend a few months here in comfort and peace until the political and economic situation stabilizes.

As a result, the number of vacant apartments has decreased, while the price threshold has increased: visitors are willing to pay more for renting housing than locals. This situation provoked landlords to raise prices almost daily.

We described the situation two weeks ago in one of the previous articles in the "Question-answer" column. What has changed in the last six months, and what new trends are there?

Antalya: apartment prices are equal to hotel prices, and houses start from 15,000 TL

According to the results of the month of the Russian-Ukrainian conflict, rental prices in Antalya have reached their peak. Having doubled in a short time, they continue to increase. According to the profile portal Emlak365, there are no houses for rent cheaper than 15,000 Turkish lira (TL); the "standard" monthly tariff has reached almost 20,000 TL.

Prices for apartments have also skyrocketed. It is impossible to find detached housing in this region, which remains one of the most prominent for foreign investors, tourists, and those who run away from war zones.

As a result, some homeowners seek to benefit from this situation, following the saying "For some war is death, to others it brings wealth": they are trying their best to evict tenants and offer more expensive housing to new ones.

As for mansions, many owners rent apartments or agree to stay with friends and acquaintances for some months, having moved to them with the whole family, and rent out their house because in 2022, during the summer season (6-7 months), they will have the opportunity to earn a lot of money. This will bring impressive profits even considering the cost of renting an apartment for six months yourself.

As for apartments: 400-500 euros per month, even for a small residence in Antalya or Alanya, are no longer a rarity. Other owners ask for more. And the hotels did not fail to take advantage of this. Some offer rates similar to rental housing, but much more convenient rates for tourists are long-term stays – in addition to the house, the price includes light, water, Internet, food (up to "all-inclusive"), and even animation for children. They will have no trouble paying that and other bills: no deposit, no payment to the realtor, etc.

So, hotels in Antalya with reasonable prices and customers may win this "rental race." 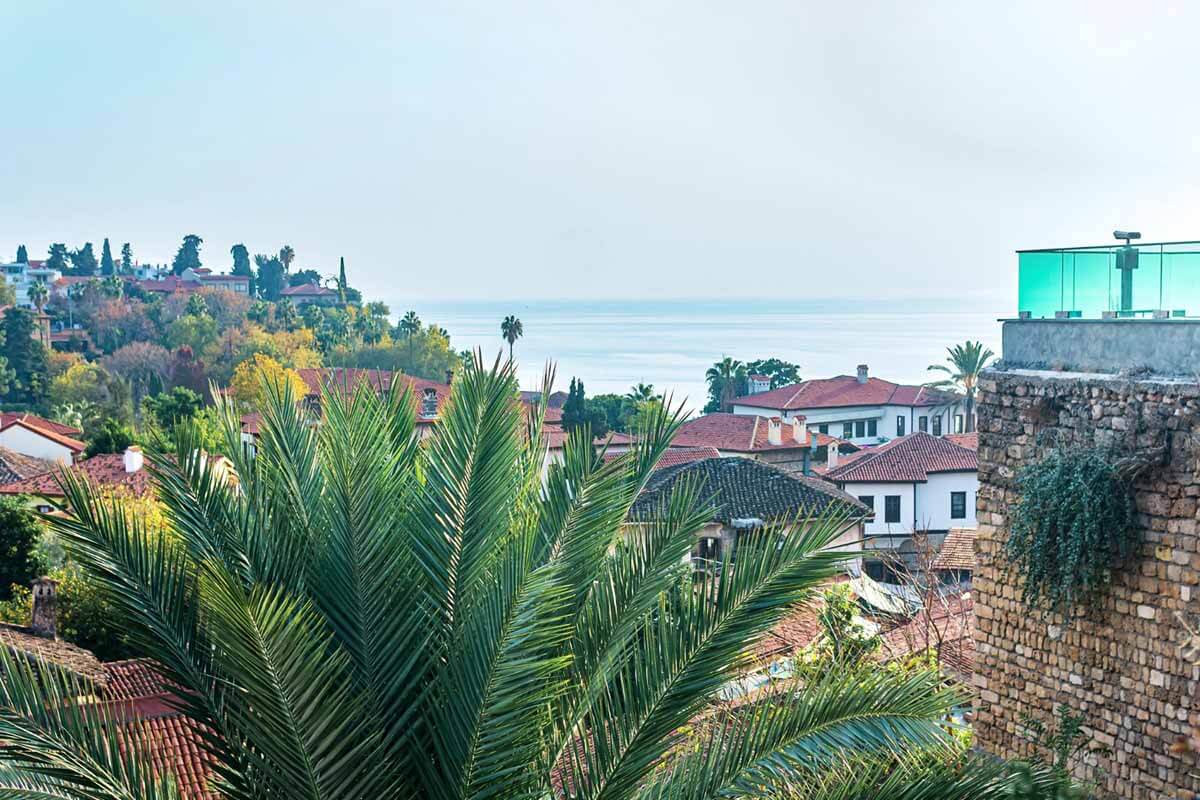 Russians bought 11% of housing in Antalya

Commenting on the data on the number of transactions with foreigners in February 2022 (4,591 sales, or +54.9% to the indicator for February 2021), experts report that although the Russian Federation ranks third in the top 10 in the number of buyers from this country, this time the February record was broken. Moreover, Russian citizens purchased 11 out of every 100 housing units sold in the first two months of this year: 988 out of 8873 in January and February (11.1%). And this share will probably grow.

Since the beginning of the military operation on February 24, Russian citizens have bought 509 real estate units in Turkey in a few weeks.

As its representatives reported, Russians purchase 7-8 apartments every day in the Golden Sign company alone.

Akzirve Sales Manager Hakan Sabbagh assumed that the target of 70,000 transactions with foreign investors in 2022 would be overcome: " Despite the negative aspects of what is happening and its impact on the global situation, foreigners continue to trust the Turkish economy in general and the construction sector in particular, investing in local real estate."

In his statement, Hakan Sabbagh clarified that the number of residences purchased by Russian citizens increased by 90.4% in the first two months compared to the same period last year. Although the Russian-Ukrainian conflict is not over and people are trying to protect their savings, realtors expect an increase in Russians investing in Turkey in the coming months.

In February alone, citizens of Russia and Ukraine purchased 25% of housing in Antalya, the most popular resort.

The Turkish Institute of Statistics (TÜIK) reported that 4,727 housing units were sold in Antalya in February, of which foreigners purchased 1,099. Sales of residential real estate here increased by 27.68% compared to February last year and by 106.2% (from March 2021 to February 2022).

There are a lot of Russians and Ukrainians in Antalya, Alanya (which may soon be granted the status of an independent territorial association), and some other cities in the region. Some live in rented housing, and some in their own homes. There are 29,000 citizens of the Russian Federation and 9,000 citizens of Ukraine who live here,  in the provincial capital permanently.

As for the rental of residential real estate, Konyaalti, where most Russians and Ukrainians live, according to data for the beginning of spring, is in high demand. This also applies to Persimmon, Lara, Muratpaşa, and Arapsuyu.

These tenants are also a priority for property owners, as they are willing to pay for real estate 12 months in advance, which the Turks disagree with. Nor do they agree that the rent will rise from 3,000-3,500 TL to 7,000-8,000 TL for the 1+1 (one bedroom) format. Locals cannot afford to pay a lot for rent.

The jump in the cost of housing for sale is also impressive. Representatives of the Real Estate Committee of the Antalya Chamber of Commerce and Industry explained that an average apartment of 90 m2 in an elite area cost 1.5 million TL some time ago; now, they are asking 3-4 million TL. And the Russians and Ukrainians are ready to pay this amount.

Serkan Şahin, a real estate consultant in Lara, said that immigrants from Ukraine had increased the rent and the sale price by at least 30%. Apartments that cost 7000 TL per month now cost at least 10,000 TL; this is when paying for a year in advance.

He clarified that the 1+1 format is in high demand. If visitors cannot find such apartments, they will have to focus on apartment hotels, as the price is about the same. And they can afford it because not one or two, but more and more people are settling in small apartments, especially when it comes to refugees from Ukraine. 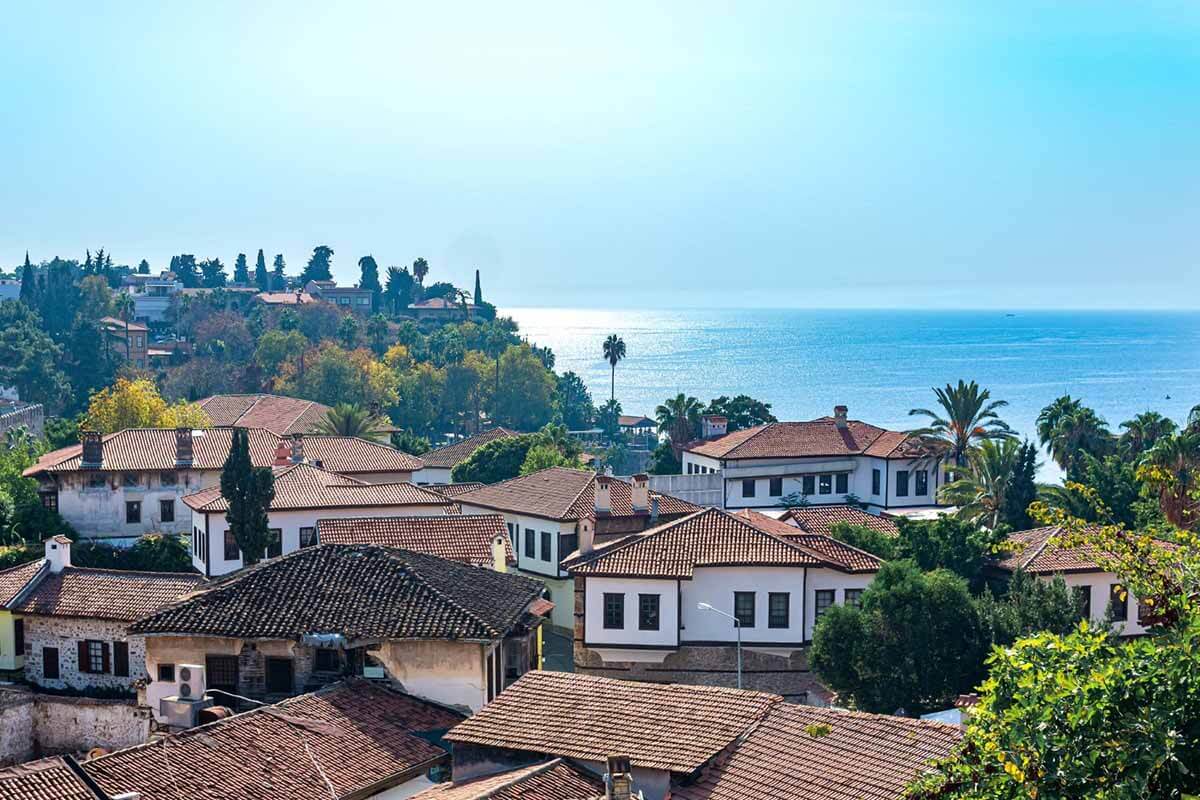 Demand for Istanbul, Izmir, and Edirne is growing

Antalya is undoubtedly a favorite, but market experts state that overseas investors will rush to other regions in the coming weeks, if not days. Turkey is considered the most successful and comfortable "refuge" in the confrontation between Russia and Ukraine and has also activated the real estate market in other provinces. So, it turned out that Russians "top the list" of potential investors interested in buying housing in luxury branded residential complexes in Istanbul. The agencies provided this data. Since the first days of the armed conflict, Russian oligarchs have been rapidly buying luxury real estate, "transferring" their assets to Turkey (and the UAE).

Also, Russians are interested in apartments or houses in Izmir, which combines the advantages of a developed metropolis and a coastal city with a good climate. Naki Karaaslan, the head of the Association of Russian and Turkish Entrepreneurs – Rus Türk Işadamları Birliği (RTIB), talked about the interest in this province. He noted that Izmir and Istanbul could become key investment destinations.

Experts of the local market drew attention to the fact that in Izmir – the "pearl" of the Aegean coast – Russians acquire more expensive housing than citizens of other countries.

Ukrainians are interested in Edirne, a province to the west of Istanbul, bordering Bulgaria. Firstly, it can serve as a territorial "window to Europe" for them. Secondly, real estate here is inexpensive, especially for renting. Ukrainians who entered Turkey through the Kapykule border post (in Edirne), who probably did not expect to stay in these parts for a long time, appreciated the convenient location and shared information with friends, acquaintances, and relatives. Many people, for obvious reasons, did not want to move after terrible days. And Edirne has turned into a safe haven, especially since Ukrainians can enter Bulgaria without a visa and travel several kilometers from Edirne to Bulgaria to look around this country.

As a result, in recent weeks, following the growth in demand for rental housing, prices for renting apartments in Edirne have skyrocketed. However, the Association of Real Estate Consultants in Edirne called on landlords to reduce commissions or cancel them, leaving the rent and giving refugees from Ukraine the first month of their stay free of charge. It is clear that in this case, this is not a mandatory requirement but only a wish, but it also attracted additional attention to the province.

Turkey is a housing provider "ahead" of Europe and the UAE

According to the information received from the Association for the Promotion of Turkish Real Estate Abroad (GIGDER), Russian and Ukrainian investors are trying to move their savings to Turkey, buying housing to obtain citizenship as soon as possible. This applies to investments of $250,000 or more in one or more housing units. And when the issue of money transfers between Russia and Turkey is settled, representatives of the Association are confident that the number of high-budget transactions may soon double.

GIGDER President Ömer Faruk Akbal said, based on the latest statistics, that 76.5% of Russians purchased real estate to spend a vacation in Turkey (or a residence permit and a return on investment in the future, at least gradually), 35.3% of Russian citizens seek to move here and live comfortably after retirement; and 23.5% of them want to improve their health in a good climate. (By the way, some survey participants chose not one but two "goals," which explains over 100% of the total of these three figures).

Antalya, Alanya, Marmaris, and Bodrum were the most popular destinations; however, the situation is changing now. The list of "priority" cities and regions is expanding, and the demand is growing with an emphasis on investment, not only on rest and living at the end of life or health improvement, said Mr. Akbal.

Bayram Tekçe, the Vice-president of GIGDER, Chairman of the Board of Tekçe Overseas, also agrees with his colleague. He said that the Russian intelligentsia and elite, faced with the European embargo, had gone to Istanbul to choose high-class residential real estate and invest the money as soon as the problem of money transfers was solved. Moreover, after obtaining citizenship, Russians will be able to conduct business in Turkey.

"The interest of Russian citizens who have bought residences in the Mediterranean region for recreation will spread to such major cities as Istanbul, Ankara, and Izmir. So we expect that development companies building branded housing in these megacities will also promote their products on the Russian market," Bayram Tekçe said.

"We expect a 70 percent increase in demand from the Russian Federation," said Nihat Tufan, chairman of Rest Property, operating in Antalya, Alanya, Bodrum, and Istanbul.

According to the information he received from potential clients, the expert said that Russians living in Europe felt uncomfortable because of the changed attitudes towards them. And now many who have considered buying a house by the sea in Europe (Greece, Spain, France) will think about Turkey: "We also expect requests from Russians living in Kazakhstan. We expect a 70% increase in demand for real estate from Russian citizens shortly. Yes, Dubai is also a priority for Russian investors. However, Turkey is advantageous for a more economically developed life and obtaining high-quality services – medicine, education, etc. – for less money." Moreover, more and more schools and state polyclinics are being built in Turkey,. They are available to holders of a residence permit regardless of the type and validity period of this document and many other amenities and perks.

So, the experts believe that Turkey for Russian-speaking investors is "target No. 1".