How to marry in Turkey if you are a foreigner? 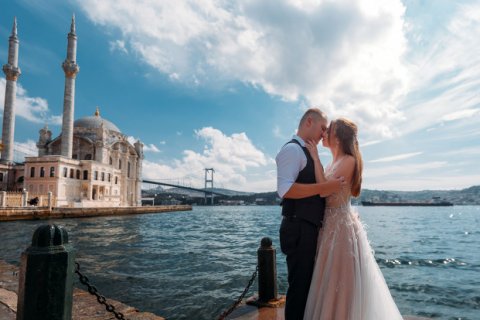 Only civil marriages are registered in Turkey legally. You can have a religious ceremony if you want but it will have no legal power in Turkey.

To marry in Turkey you will need to provide the following documents:

Since the 1st of March 2014 the marriage procedure for Britons has been changed. Now British nationals do not have to get a certificate of no impediment in the UK or in Turkey. Instead of this certificate, they need to complete a new Affidavit of Marital status form. If the intending spouses are both British, they need to provide two forms.

If you are a UK resident, you need to file an Affidavit form in both English and Turkish. After it is signed, it should be notarized and posted to the FCO Legislation department in Milton Keynes where it will be legalized. And after that you will submit this Affirmation in the local marriage office where you are going to marry.

If you are residing in Turkey, then you need to complete an Affidavit form and then book an appointment at the British Embassy in Ankara or consulates where the affidavits will be signed and witnessed in person. After that, the MFA in Ankara or the Governor in Istanbul, Izmir, or Antalya will legalize them. This document is valid for 180 days.