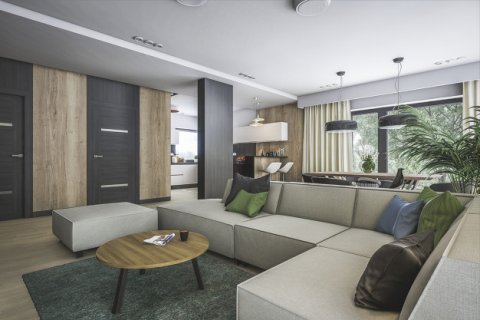 As expected, August sales of apartments in Turkey turned out to be lower than in July: the mortgage campaign is declining. Interest rates are gradually increasing both in state and commercial banks, the grace period for mortgage repayment has been canceled, and in general, most of those who wanted to buy an apartment in Turkey have already managed to do this over the summer. Sales of Turkish housing in August 2020 amounted to 170,408 objects: 54.2 percent more than in the same period in 2019.

Which cities and provinces saw the most real estate sales in August?

As in the previous months in 2020, Istanbul became the leader in Turkish housing sales in August (30,292 properties or 17.8 percent of total sales). Ankara traditionally took the second place (17,131 objects or 10.1 percent of the total sales). Izmir took the third place (11,145 objects or 6.5 percent). Least of all apartments and houses in August were sold in the provinces of Hakkari (13 objects), Ardahan (22 objects) and Shirnak (99 objects). 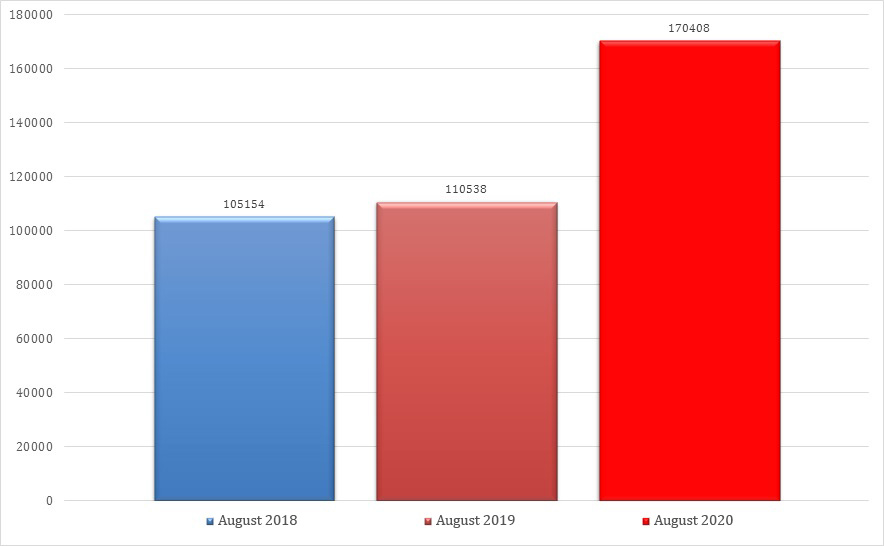 How many houses and apartments in Turkey were mortgaged in August 2020?

Sales of mortgage housing in Turkey in August increased by 122.6 percent compared to the same period last year and amounted to 76,019 objects. The share of mortgages in the total volume of August transactions amounted to 44.6 percent. Istanbul took the first place in terms of the number of housing sold in mortgage (15,367 objects or 20.2 percent). The minimum number of mortgage transactions in August was made in the province of Hakkari (only 2 objects).

How many homes were sold in July directly without a mortgage?

The number of direct sales in August amounted to 94,389 objects (20.6 percent more than in August 2019). Istanbul also took the first place (14,925 properties or 15.8 percent of direct sales). The share of direct deals in August in Istanbul amounted to 49.3 percent. Ankara took the second place (8,010 objects), the third - Izmir (5,518 objects). The minimum amount of housing was sold in the province of Hakkari (11 properties).

How many new apartments were sold in Turkey in August?

How many resale homes were sold in Turkey in August 2020?

Resale sales in Turkey increased in August by 69.2 percent compared to the same period last year and amounted to 118,285 houses and apartments. Istanbul became the leader in secondary housing sales (22,189 objects or 18.8 percent). The share of August deals with the secondary housing amounted to 73.3 percent of the total sales of Istanbul housing. Ankara is in second place in terms of sales of secondary housing (13,240 objects), Izmir - the third (7,952 objects).

How many Turkish homes were sold from January to August 2020?

How many houses and apartments did foreigners buy in Turkey?

From January to August, sales of Turkish housing to foreigners decreased by 24.7 percent compared to the same period last year and amounted to 20,896 objects.

Which residents of which countries bought houses and apartments in Turkey in August?

As in the previous month, Iranian residents took the first place in the number of purchases of Turkish housing (640 objects). They are followed by Iraqis (592 sites), Russians (366 sites), Afghan residents (156 sites) and Azerbaijani residents (154 sites). 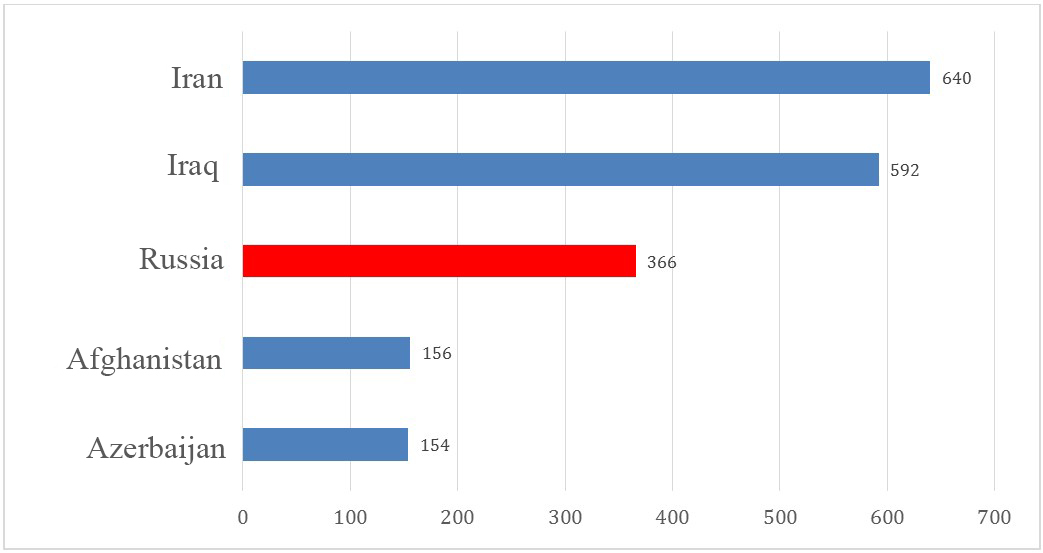 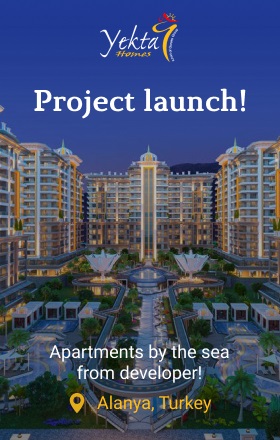