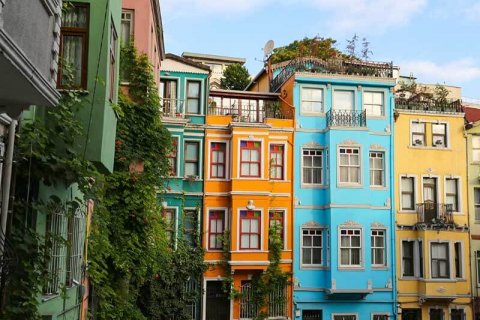 The year 2022 has passed its halfway mark, and the real estate market can now summarize results. We are happy to share some statistics from Turkish analysts here.

Istanbul’s most expensive districts and their performances

Housing prices keep increasing throughout Turkey, but Istanbul remains one of the cities where the increase in real estate prices is particularly noticeable. Endeksa, a specialized property evaluation web portal, posted detailed information on 10 of the most sought-after districts of Turkey’s largest megalopolis in June (the statistics reflect accurate sales indicators for May).

So which Istanbul communities turned out to be in the highest demand? These are Beşiktaş, Sarıyer, and Kadıköy. The average price of one square meter of residential property is the highest there.

As for the TOP 10 most expensive districts, please see detailed data in the table below:

Görkem Öğüt, Co-Founder and General Manager of Endeksa, has the following opinion about these statistics: “Istanbul is the acknowledged center of residential property sales, so the trends we observe here can affect the situation across the whole country. The performance of individual districts shows that Beşiktaş is leading the way again. Generally, the ten leaders mostly include megalopolis’ downtown communities, specifically those that have access to the sea. Housing has always been valued highly here, and taking into account the shifts and the choice in the housing market (a shortage of high-quality real estate on sale – Editor’s note), it is only natural that the prices are climbing higher and higher, even more than we, market experts, have expected. The annual value growth in most of the top 10 districts is significantly higher than the Turkey average. As you can see, the price surged by 250% and even more in several communities.” 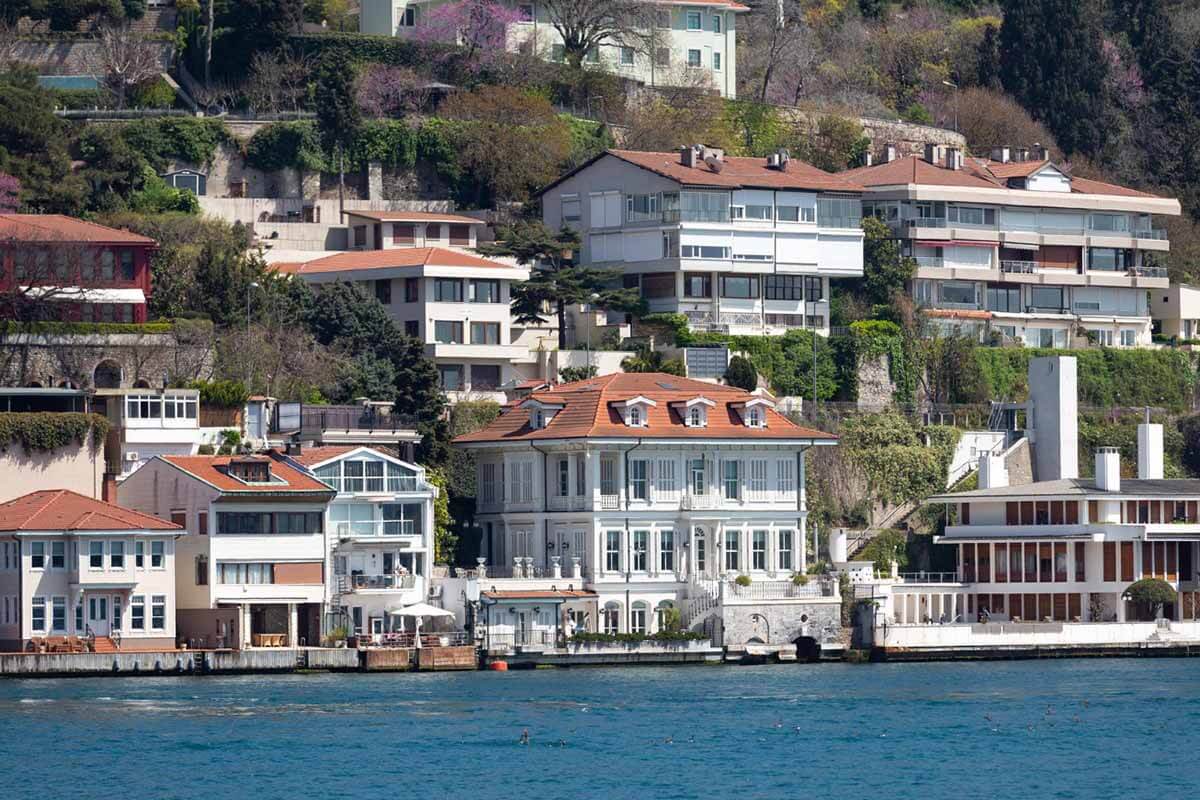 Let us look at the first quarter’s performance to obtain a more accurate understanding of the price growth rates and their trends. As of early April, the most expensive district in all of Turkey was Beşiktaş with an average price of TL 47,081 per square meter, according to reports from the Endeks platform (as you can see, prices in Beşiktaş grew by TL 3,000 for 1 square meter in less than two months).

Sarıyer was number two, with an average value of TL 44,219 per square meter. The prices here grew even faster, by more than 10% per meter.

Over the year, from March 2021 to March 2022, the price of 1 square meter in Beşiktaş and Sarıyer increased by 175% and 168% respectively. We will be able to make another comparison in July or August, as soon as the data for June and the first half-year is published.

Incidentally, according to Q1 2022 performance, the most expensive neighborhoods in Turkey, besides the abovementioned Sarıyer and Beşiktaş, were four other Istanbul districts and one district from each of the provinces İzmir, Muğla, Antalya, and Çanakkale (if we look at the whole country, not just Istanbul as its largest megalopolis).

At that time, Çeşme (İzmir Province) became 134% more expensive over the year, with the price reaching TL 33,449 per 1 square meter. It was TL 26,381 in Bozcaada (a municipality in Çanakkale Province), TL 30,356 in Bodrum (Muğla Province), and TL 25,445 in Kaş (Antalya Province). All four latter districts are considered to be resorts.

Bursa and Ankara: the most popular communities

Two out of four Turkish megalopolises have already been mentioned, Istanbul in detail, and a brief mention of İzmir (when Çeşme was highlighted as the most in-demand district in this province). Two other cities remain to be discussed: Ankara, the capital of Turkey, and Bursa.

Looking at the general situation in the housing market in May 2022, Endeksa focused on Bursa, (a megalopolis and the fourth largest city in the Republic of Turkey) among other places. According to the report based on the performance over less than six months, Nilüfer turned out to be the highest in-demand district, accounting for 36% of the total sales volume. Osmangazi ranks second with 16% and Yıldırım third, with 9%. These 3 districts combined account for 61% of the total amount of transactions based on the 2021 performance.

The prices for the residential property listed for sale in Bursa increased by 160% over the past 12 months, while the rent grew by 88%. Speaking of rent, according to May data, the average rent payment per square meter is TL 24.96 in Bursa, the average rent for a residential unit is TL 2,746, and the average payback period from investment in Bursa real estate is 27 years.

And how is the capital doing? In general, prices in Ankara grew by 105 – 121% over the past year, depending on the location. The most sought-after districts, based on sales, are Etimesgut (number one), with Çankaya in second place, and Pursaklar in third. The top five districts with the highest demand also include Sincan (fourth) and Gölbaşı (fifth).

The last time the Endeksa web portal made conclusions based on sales in Ankara it used last year’s performance. Nevertheless, they are quite accurate in their representation.

The prices per square meter and the growth over 12 months are as follows:

However that may be, investment in any of Turkey’s four largest cities is going to be lucrative if you select the district competently and do not fall for cheap housing in old buildings and/or low-demand districts – those on the outskirts or degrading. Another thing you must take into account is facilities, particularly those under construction: remember that real estate and land plots for construction are rapidly growing more expensive in Istanbul near the off-plan Istanbul Canal. The demand (and prices) for homes in Mersin are also growing, as Akkuyu, Turkey’s first nuclear power plant, is going to be built there. 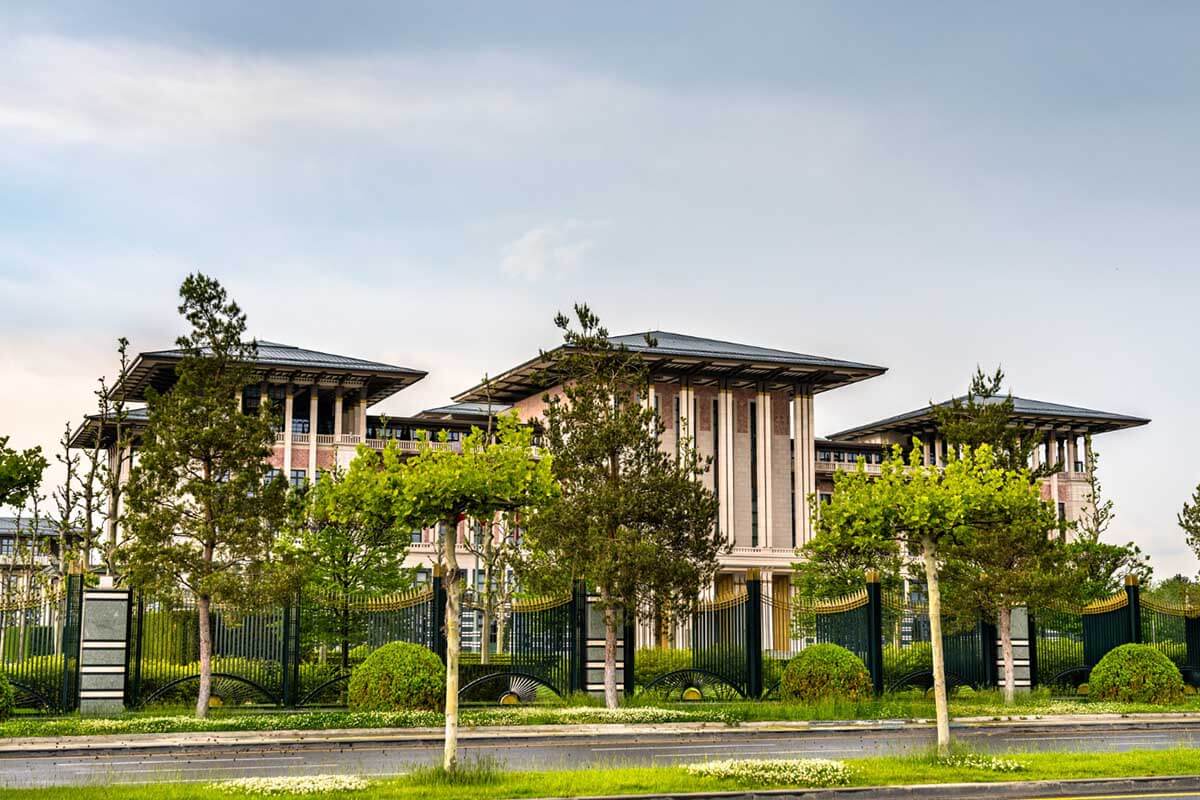