Antalya and Alanya: Indicators for the new season 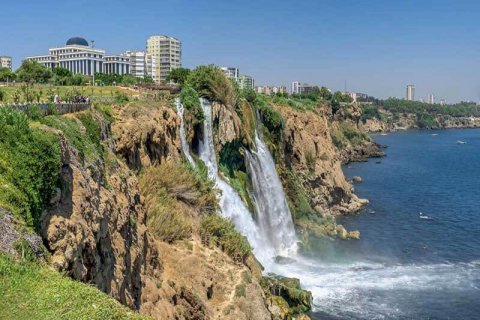 The summer season in Turkey is almost in full swing and there is good news! Finally, we can witness the removal of all coronavirus restrictions, the abolition of PCR codes, etc. However, in June, the system of obtaining citizenship for housing will also be restructured. On June 13, 2022, the minimum amount required to purchase residential real estate with the right to be issued with a Turkish passport under the accelerated procedure will be $400,000.

Housing prices keep rising both for sales and for rentals. Let us take a look at how property prices are being affected in the largest cities and especially on the Antalya coast, which remains the most popular beach region and one of the key investment destinations, second only to Istanbul and Ankara.

The Endeksa real estate price analytics portal presents the provinces with the largest number of housing sales and the highest rent growth. They are as follows:

Over the past nine years, Istanbul, Ankara, Izmir, and Antalya have shown the most sales of residential real estate. By the way, Antalya often ranks second, lagging only behind the largest Turkish metropolis.

What are the top three sales districts in this province?

The first three places were taken by Kepez, Alanya (which may soon be a separate province), and Muratpaşa.

Over the past year, 69% of transactions in the province were in these three districts. These are:

The most expensive areas of Antalya

Kaş, a prestigious town and a favorite of vacationers from Europe, ranks as the most expensive. According to the Endeksa official data, the average cost of 1 m2 of residential property for sale here is 26,899 TL, and the average price per housing unit is 5,272,204 TL. Over the year, the increase in the price of a property in Kaş was 127%.

The third place was taken by the resort Kemer, one of the most beloved by foreign nationals. Here, the average price per square meter was 18 588 TL.

As for neighborhoods and other smaller territorial associations rather than districts, as of April 2022, the districts with the highest selling price were: 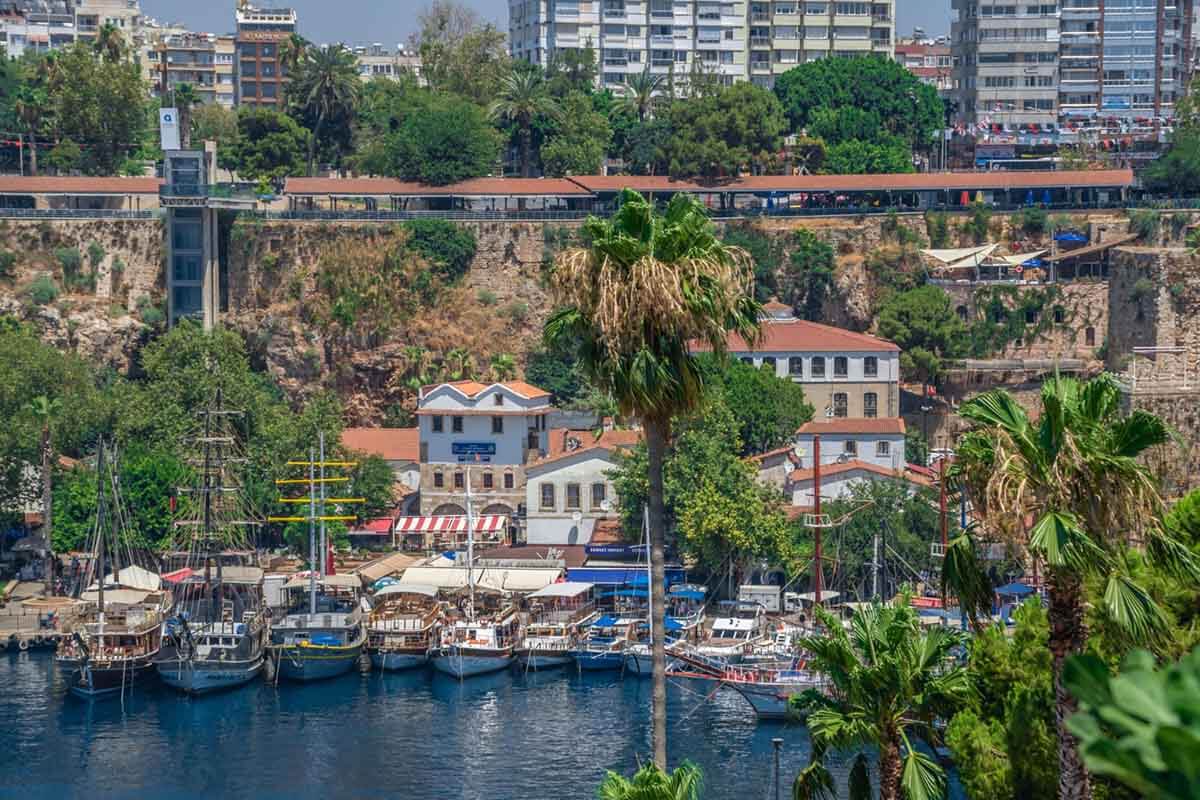 "Winners" in other categories

According to officially published data, it was found that:

Commenting on the data, Endeksa's founding partner and CEO Görkem Ogüt stated: "Although Antalya is only the fifth-largest city in Turkey by population, it ranks fourth in housing sales, ahead of the larger metropolis, Bursa. The demand from outside (beyond the province) is also affected. Although Antalya is located on the coast, this province is a favorite place for buying "dachas" and summer houses among overseas investors. When we estimate the share of housing sales to foreign buyers, Antalya ranks first in total sales with a share of 23%. Almost every fourth residence here is sold to investors in the form of citizens from other states. And Antalya, according to the data, is among the top 5 settlements that have demonstrated the largest increase in the cost of housing in Turkey."

According to our April reports, the annual increase in rental prices is also the highest. And there is reason to believe that this growth will increase even further, according to the forecasts of Görkem Ogüt.

In Antalya, the favorite province of holidaymakers, rentals have increased by 278.61% over the past year alone.

According to the official data for April 2022 (announced in May), the average price of rent per 1 m2 was 78.21 TL, and the average rent per unit of housing (apartment) was 8,604 TL. The payback period of housing in Antalya is 17 years.

Taking into account the political and, consequently, economic changes over the past 12 months, Antalya has become the province with the highest rent growth across Turkey.

Moreover, these figures are the so-called official data, but in reality, the figures are much higher. One of the key reasons for this is the confrontation between Russia and Ukraine, which we have written about. Since the end of February of this year, mass immigration has begun to Antalya, Alanya, and the surrounding area, as an ideal place to survive the turbulent period and, if possible, to remain here for many years.

Antalya receives millions of travelers every season, but now a significant percentage of them come here to settle down.

As a result, citizens of both Ukraine and the Russian Federation have bought or are renting apartments. Konyaalti, Liman, Hurma, Sarısu, and Muratpaşa Lara are the regions with the highest demand.

Demand is high, but prices have also increased thanks to the mediation of foreign residents living in Antalya. The Russian-Ukrainian demand is more solvent. Some landlords try to rent housing only to foreigners. As a result, rental prices have increased four times by April, and now five times. This five-fold growth is not for a year, but only for less than three months since the beginning of the armed conflict between the two countries.

Mostly, realtors and local authorities are concerned that although it is possible to establish some rules for Turks, it is almost impossible to control the prices at which foreigners (who have purchased property) rent out the housing to their compatriots for. People of the same nationality and speaking the same language, complained to the chairman of the Antalya Chambers of Realtors and Entrepreneurs, Ismail Çaglar, about this.

However, the authorities want to intervene in this process, for instance, to regulate rental rates at the state level, making sure that they do not exceed inflation, or to build additional municipal housing, which will be rented only by the city at official fixed rates.

Earlier, we reported that owners can now also be fined for attempts to rent out their apartments and houses only to foreign nationals.

Ismail Caglar insists that it is necessary to increase the number of raids with checks. "Although every district of Antalya is in demand. The places with the highest rent growth are now Lara and Konyaalti. Compared to last year, tariffs here have risen by 300%. I am constantly thinking about the situation of our students and the youth getting married and not having a lot of money. Someone should say “stop” because uncontrolled rent increases are damaging our state."

Moreover, when the political and economic situation normalizes, Ukrainians can return to their homeland. This process has begun in Europe where we see that many people are returning to Ukraine. This will result in the exorbitant prices negatively impacting the owners as they will not be able to find tenants at their rates, and by that time they will ruin their reputation and be known as owners who raise their prices almost every month.

Following their greed, apartment owners evict long-term tenants who pay several thousand liras, and instead, they rent out their properties to foreigners who can pay 10,000, 15,000, and 20,000 TL per month. "The price of one residence cannot be 25,000 TL per month, even in high season," experts say. “What will the owners who received the money for 5 to 6 months do after the foreigners leave? They will leave and we will stay."

Mert Aydoğan, who has been working as a real estate agent in Hurma for 20 years, says: "This bloated "homeowner bubble" is going to burst."

So, the authorities are about to intervene in time.

Foreigners who have housing in Turkey (those who rent it out) should stick to set tariffs and pay attention to the rules and regulations introduced by the authorities, following the news agenda. 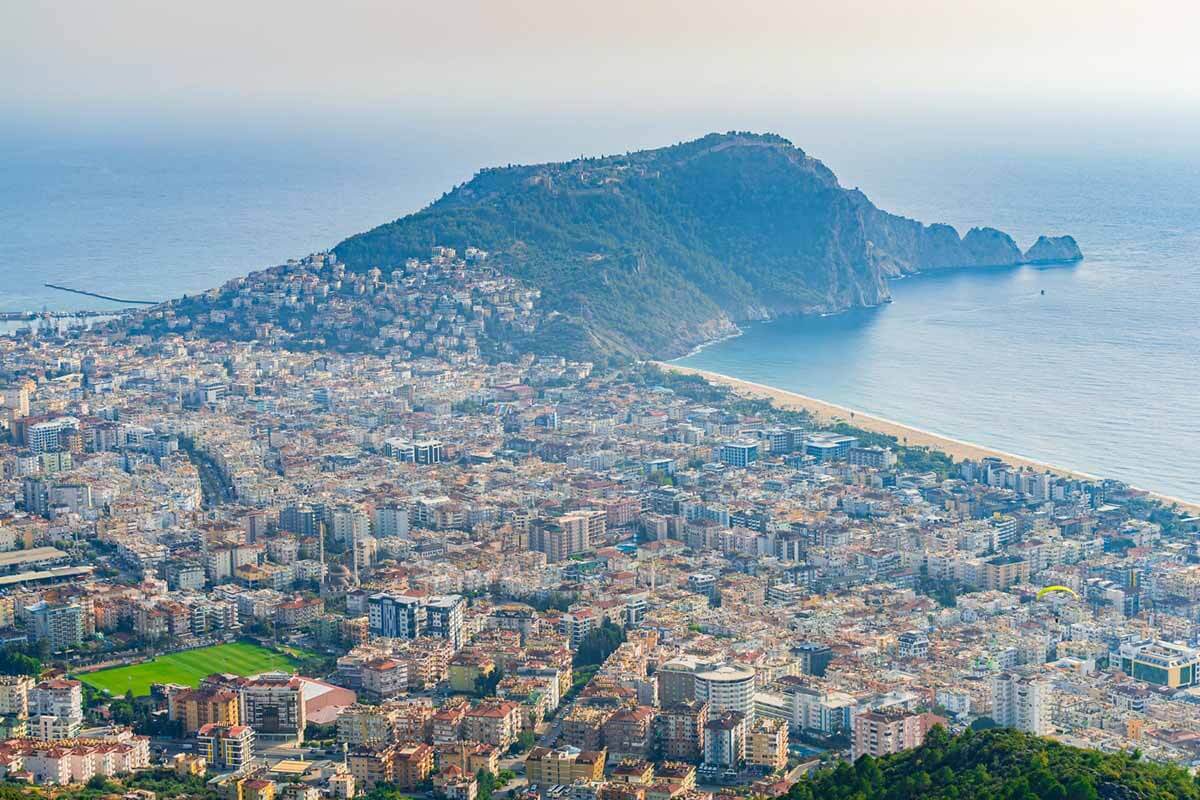 What is wrong with Alanya?

In Alanya, which is flourishing for the new tourist season, the situation is such: rental prices are now akin to Antalya, and apartment prices start from 6,000 TL. The locals who did not have apartments for rent moved to relatives for a few months or went to the village to "cream off" and earn a lot of money in a few months, to capitalize on this unstable situation. The price of furnished apartments is 12,000 TL, and prices are rising as housing nears the seashore and/or the center of Alanya.

There is another problem in Alanya, which has significantly affected the lack of available rental housing. Real estate agent Durmuş Özgen reports that as part of the urban transformation project, some houses were demolished, and in their place (as Alanya is extremely popular with tourists from abroad, coming here for a long time), small housing was built here. The so-called “semi-apartments”, houses of about 45 m2, are suitable for foreigners, but Turks who are used to living in much larger apartments, especially when it comes to family, do not want to live there. This exacerbates the "rental crisis" in this city and its surroundings.

But there are bright prospects for those who want to buy housing here. Prices keep rising, so a lot of new residential complexes in Alanya are in progress where construction companies are developing areas a little further from the sea but in the middle of cool forests. In the local climate, it is too hot in summer, so this is a big plus.

Housing has risen in price by 70% here over the past year, according to local real estate experts. And it will continue to become more expensive. Restrictions on transferring money abroad for Russians have been relaxed and hopes to turn Alanya and its surroundings into an independent province will make it easier, faster, and closer to carry out all the necessary procedures to register "ordinary" citizenship by TAPU (a title deed / the right to own a property) on a general basis, if the rules are observed.