Which is more important: housing or «citizenship for housing»? 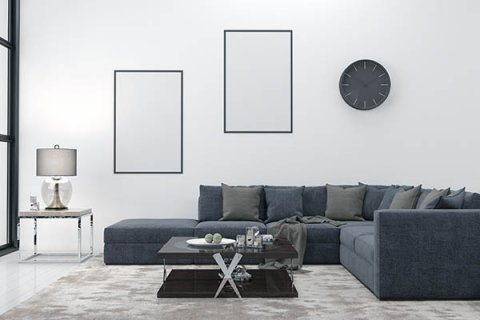 How has the change in citizenship requirements for investments affected the sales of residential real estate in Turkey in recent weeks? We want to inform you.

Here is the historical background for those who are not familiar with the details of the procedure for obtaining Turkish citizenship for investment.

This is not the first time Turkey has adjusted the minimum threshold for obtaining citizenship through an accelerated procedure. It is available to foreign investors if they have purchased residential real estate for a certain amount.

The law allowing foreigners to purchase housing in Turkey and obtain citizenship for investment was first adopted in mid-2012. Such a right was granted to those who bought real estate in the country for $1 million and above.

By Presidential Decree No. 106 of September 18, 2018, the minimum amount of real estate to obtain Turkish citizenship was reduced fourfold, to $250,000. This motivated those who wanted to invest in Turkish housing, and the number of transactions began to grow rapidly.

The authorities officially announced the exact amount in mid-April. However, they did not give the correct date, and it was obvious that it would take some time before the decree came into force as the bureaucracy in Turkey is not fast-paced.

Around mid-May, it became known that the rule would come into effect within a month, starting in June. Until then, everyone who has time to conclude deals can still apply for citizenship under the old rule, when buying a property for $250,000 or more. And it does not matter whether it is one housing unit or several, the total cost is important.

Results of the last 10 years

The total number of residences sold to citizens of other states over the past 10 years amounted to 287,704 units. It was found that from 2018 to 2021, or since the moment when citizenship by investment became cheaper by four times (from $1 million to $250), 19,630 foreigners received Turkish passports under an accelerated procedure.

According to one of the relevant departments, 30,358 residential real estate units were sold as part of the citizenship by investment project. On April 6, 2022, the Ministry of Internal Affairs received a request to clarify the number of foreign citizens who received this most "exclusive" citizenship from January 2017 to April 2022. The answer has not yet been made public.

According to the Turkish Statistical Institute (TÜIK), 8,777 housing units were sold to foreign nationals in January-February 2022 alone, and even then the share of citizens of other states among buyers reached a record of 4.7%. By May, this figure had grown to 4.8%.

November 2018 showed the highest share and soon after the lowest price for "citizenship by investment" was reduced to $250,000, a figure of 5.7% was recorded.

The record number of transactions for the entire observation period was made in December 2021 with 7,841 sales.

Again, according to TÜIK, from 2015 to 2022, among foreigners buying the most housing in Turkey, by the middle of this spring, Iraqi citizens were in the lead with 43,351 transactions concluded by them. The Iraqis were second to the Iranians with 29,992 deals. The following were the Russian Federation, Saudi Arabia, Kuwait, and Afghanistan.

Istanbul, Antalya, and Ankara are the three provinces that have been in the highest demand among buyers over the past 10 years.

What will change now?

How did the change in the rules of "accelerated citizenship" affect the sale of housing, as well as the situation in the Republic of Turkey?

Nazmi Durbakayım, President of the Istanbul Builders Association (INDER), clarified that transactions on three out of every four residential properties sold in Turkey in recent years were made "with a view" to obtain future citizenship, under an accelerated procedure or the usual one. So, in his opinion, an increase in the limit from $250,000 to $400,000 "... will not be of great importance for wealthy foreigners and will not cause critical deviations in sales to buyers from abroad."

Also, in his opinion, raising the limit will benefit Turkish lands (plots) as citizenship is very valuable in geopolitics and throughout its history. On the other hand, the money paid by those who want to acquire a piece of these "eternal values" will make a significant contribution to the Turkish economy. It will also contribute to more qualified conditions in various sectors of the economy, which will again benefit foreigners who decide to permanently reside in Turkey, Mr. Durbakayım said.

However, interested parties from other countries who have learned about the increase in the limit do not consider the $150,000 difference in price superfluous, because the sale of real estate to foreign nationals after announcing the upcoming "rise in prices" of citizenship, doubled, according to the portal Emlakkulisi. These are unofficial statistics but obviously, many real estate agencies and development offices across the country report a spike in sales. Although the change in the amount entailed some social and economic problems, in particular, has provoked an additional rise in the prices of housing, which over the past year and a half has become more expensive.

Advertising has also changed dramatically as many ads for the sale of apartments and houses began to be accompanied by an explanation of "suitable for citizenship". Moreover, ads are duplicated in different languages for the "right" audience, including Arabic (one of the key client channels for real estate sellers in Turkey is residents of Arab countries) and Russian.

Some sellers began to offer fraudulent schemes without hesitation to sell property that, for example, was not in demand. They hoped that they would sell it before the law on raising the price threshold (to $400,000) came into force for those buyers who were in a hurry to buy and would not find fault with its quality. Some explanations appeared in the ads, such as "The price is the same as in the documents for applying for citizenship, the difference is compensated in person."

It is difficult to say whether the above-mentioned "baits" or the upcoming increase in the limit for accelerated citizenship when buying a house from $250,000 to $400,000 were effective, or whether it pushed buyers, but the demand for apartments and houses in Turkey has grown strongly. And it happened in a matter of days.

As a result, under the influence of both political and economic events, and what became known as the last chance to become a citizen for $250,000", April 2022 became the most successful for the Turkish housing market not only in the last three years but also one of the luckiest in the last 24 months. Citizens of other states during this period sold more real estate only in September, November, and December 2021. A smaller indicator of April 2022 was recorded in August and October 2021 and March 2022 (for example, in March 5,567 transactions took place). Other months, starting from April 2020, are "lagging behind" by a large margin.

According to data released by TÜIK, home sales to foreigners in January-April 2022 increased by 48.9% to 20,791 transactions. This is the highest indicator for January-April for the entire period under observation.

As for the results for some provinces, Istanbul is the leader in sales to foreigners for the first four months of this year with 8,538 transactions. It is followed by the "resort capital" Antalya (5,417) and the Turkish capital Ankara (1,237). Mersin, Yalova, Izmir, Bursa, Samsun, Sakarya, and Trabzon also entered the top ten.

In 2022, GIGDER plans to sell housing in Turkey to foreigners for $ 10 billion. 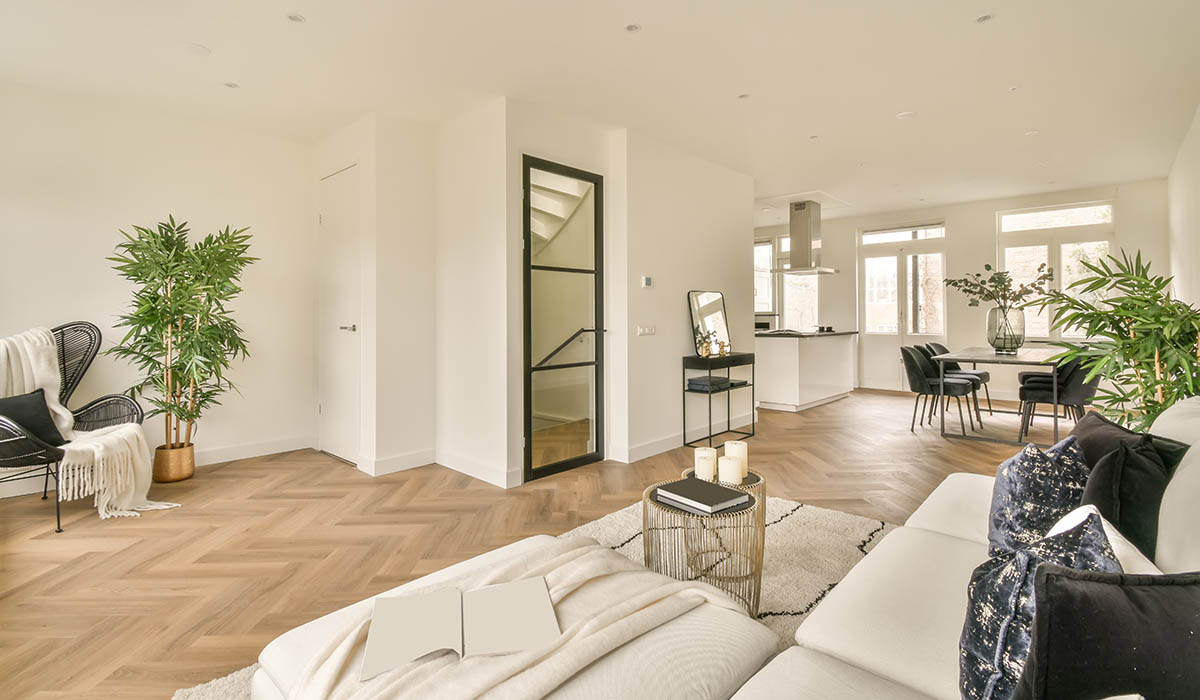 The tense situation between Russia and Ukraine, with the desire of Russians to not lose savings, led to the fact that Russian citizens were the first by volume of housing purchased in Turkey by the end of April 2022, ahead of the "eternal leaders" Iran and Iraq. Russians have purchased 1,152 houses or apartments, while Iranians have purchased 905, and Iraqis have bought 714 residences.

Here are the twenty leading countries for April 2022:

Thus, the Russians broke the record, to the delight of both analysts and Turkish developers.

The number of residences purchased by Russians in Turkey in April, again, rose by 186.6% compared to April 2021.

However, Ukrainians are not lagging in sales growth as the indicators are on par. Housing sales to citizens of Ukraine in April increased by 185.9% compared to April last year (from 92 to 263 transactions). Investment growth of both countries was significantly above average, at 58.1%.

"We are waiting for the launch of new projects"

Chairman of Özyurtlar Holding Tamer Özyurt believes that Turkey will continue to remain in the spotlight of investors from abroad, and market indicators will grow faster. Recently announced measures to support the construction industry with potentially large "direct" injections into the budget and real estate through the sale of housing to interested parties from other states will lead to the launch of new projects from developers on the market. This will increase the housing supply.

"The market will come alive"

CEO of Bahaş Holding Abdussamet Bahadir is also confident that the interest of overseas investors in Turkey will continue to increase and states, "What is happening demonstrates to us how attractive and profitable the Turkish real estate sector is for buyers from abroad. We see how much they are interested in our residences… Soon, we may face a greater interest. So the market will "come alive"." The expert also said that recently, partners from other countries are increasingly setting up meetings for his company abroad, that is, outside Turkey, to buy real estate, which is also a significant indicator.

Antalya has become a favorite for foreign real estate investors

Chairman of the Helmann Yapı Management Board Selman Özgün drew attention to the growing interest of international investors in Turkey. "It is growing faster than Europe. In the future, Turkey will become one of the leading countries in this field."

Mr. Özgün also stressed that Antalya has become a favorite for international investors, especially after the confrontation between Russia and Ukraine in February.

Turkey, according to Russians, is the safest country

Akzirve Sales Director Hakan Sabbah agrees with a significant increase in Russian investments in Turkish real estate since the end of February 2022. "The fact that in April, the number of residences that Russian citizens purchased in Turkey increased by 186.6%, reaching 1,152 housing units, confirms that our country is the safest place for Russians. We hear it from them as well. Buyers from Russia tend to invest in Istanbul, as well as in some other cities. Moreover, some Russian companies have informed their employees that they can continue to work remotely in Turkey, the employer will not object."

Investments from abroad in Turkish real estate are steadily increasing, Hakan Sabbah noted a considerable increase in transactions with buyers from countries such as Kazakhstan, South Korea, and China. Saudi Arabia and some Gulf countries are also among the important client segments.

In general, according to the expert, there will be a special growth of interest and deals with overseas buyers in the coming months this summer.

Should Russians make haste to purchase a home? Definitely! Moreover, the difficulties with transferring money abroad are almost over. On May 16, 2022, the Central Bank of the Russian Federation officially announced that it was increasing the limit on transferring money from Russian accounts of residents of the Russian Federation to bank accounts abroad to $50,000 per month.