Istanbul is at its peak of popularity among foreigners. 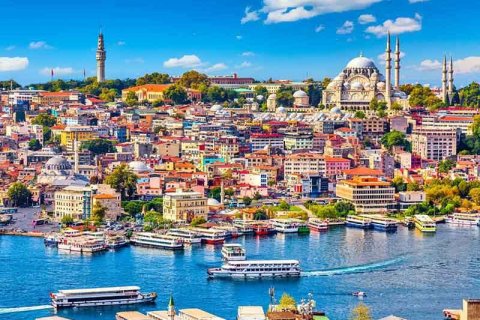 The current situation of uncertainty encourages people to invest in the most stable assets. It will not disappear and will not be depreciated; this is real property, primarily residential. Apartments and houses in good districts have been and will stay in demand.

Turkey is among the world leaders in real estate property market development. Three Turkish megacities were included in the top ten most expensive cities globally in housing value growth: Ankara, Izmir, and Istanbul.

Istanbul is in ninth place in the TOP-10, but at the same time, it has become the most popular city in Turkey among investors from abroad, which is confirmed by recent figures from analysts. In many ways, this happened because of its prospects.

In 2021, 276,223 housing units were sold in Istanbul; 72.8% were primary housing, and 27.2% the secondary. Curiously, every third residence is acquired by women. Male or joint buyers make the remaining plus 70% of deals.

The most important news in the context of this article: it was in this city that 45.2% of the total volume of transactions with foreigners took place in 2021. That is almost every second foreigner who wants to buy housing in Turkey that decides upon one of the Istanbul properties. Even more, the option to purchase housing at the cost of $ 250,000 with an additional “bonus” in obtaining Turkish citizenship on a fast-track basis is still in demand. And since it is not necessary to buy only one unit of real estate property for this amount, it is possible to purchase several: to live in one or come on vacation, and to rent the rest.

Be that as it may, Istanbul is being invested in eagerly: if the housing is chosen carefully, it'll be challenging to get it wrong. Any purchase will turn out to be either profitable or very profitable in the long run. After all, only rent prices in the metropolis increased by 71.43% over the past year.

Let's talk about the districts of the city, which have recently become high in demand among customers, including foreign investors.

What is meant by "recently"? It is referred to as the districts where the demand for housing has increased markedly after two years of the pandemic. Istanbul realtors and consultants for real property specify that clients usually prefer detached mansions. If they buy small houses, these houses have a garden and spacious balconies or terraces. Today, buyers are interested in the most isolated own territory.

If it is referred to as apartments, there is a high demand for quarters with a lower population density: those that stand not closely but as far away from each other as possible; apartments in low-rise buildings, etc. Again, as spacious as possible and with balconies, preferably several.

Riva, Chataldja, and Silivri are especially in demand among the locations with separate buildings. From the more densely populated districts, but with more greenery and an abundance of so-called "social zones" - Beylikdüzü, Başakşehir, Ataşehir, Kâğıthane, and Kartal.

Also, many clients are interested in the Beşiktaş and Şişli districts, which are as close to the business center of Istanbul. But even there, they try to choose the detached houses, fenced off from the rest at least by trees. More and more innovative residential complexes appear in the European part of the city. A comfortable social distance was designed from the beginning and allows you to live in the very “heart” of the city, feeling almost like in an isolated summer house.

The districts of Zeytinburnu, Bakırköy, and Beşiktaş have an added attraction due to their proximity to water: the Bosporus. Prices in these districts are rising in advance of the average over the city.

However, the two districts of Istanbul are especially noteworthy regarding investment prospects; we will dwell on them in more detail.

Zeytinburnu: 90% of homebuyers are foreigners

The investors' money has been flowing in large volumes to the Zeytinburnu district of the European part of Istanbul. With improved accessibility and a transportation route network expansion, the district has become the preferred choice of high-net-worth investors. Especially when it comes to properties in the coastal quarters. What is the current situation with housing prices in Zeytinburnu?

Zeytinburnu is a district rich in heritage, bordering the historical center of Istanbul on one side and Bakırköy on the other. Zeytinburnu has 13 quarters and 58 transport routes.

The district was "born" from art.  One of the most critical factors contributing to creating a settlement in Zeytinburnu was the start of leather production. Also, Zeytinburnu is famous for weaving and iron processing. The industry sector continues to be on the rise even now; however, it is a residential district with many immigrants.

According to local realtors, 90% of premium residence purchases here are made by investors from abroad who come with their families and are intended to acquire citizenship. Often these are citizens of Saudi Arabia, Syria, and Afghanistan. The remaining 10% of buyers are the local population.

Zeytinburnu is actively developing countrywide using an urban transformation program. It is also one of the few places in Istanbul where high-rise buildings are still scarce.

The key road junctions are very close to the sea, and there is much housing with specific characteristics, which makes this place especially attractive for wealthy investors.

Local owners of real estate agencies draw attention to the fact that housing projects built in recent years are not easily affordable for Turkish citizens. On the other hand, 80-90% of residential complexes sold in coastal districts attract foreign investors.

Status branded projects are in high demand. Many apartments are being built in such projects.

Premium residences in the Kazlıçeşme and Maltepe districts are in high demand, so prices are rising for upmarket real estate property in Nuripasha, Merkezefendi, and Chyrpidzhy.

As Yunus Elibol, the owner of the investment and consulting company Elibol Gayrimenkul, explains, the existing mansions are often repaired in Zeytinburnu. There are many high-quality buildings built 20-30 years ago. As a result, real estate property worth 500-600 thousand Turkish liras (TL) rises in price to 1.5 million TL.

The price per 1 sq.m at such properties, both in apartments and houses, ranges from 8000 to 12 000 TL. This is relatively cheap for foreigners, especially if you choose a property with an eye to a fast-track procedure for obtaining citizenship.

The expert clarified that some "successful" residences could pay off in just 2-3 years if they are well managed- for example, rented out profitably. Why such a short period? Because in Istanbul, with its rental crisis, there is practically no choice of high-quality "view" apartments overlooking the Bosphorus. Namely, there are many of them in new projects in Zeytinburnu.

The further the branded housing projects are implemented in this district, the higher their number. The properties of such large developers as Aşçıoğlu İnşaat, Özak GYO, Kalkavan Yapı, Sur Yapı, Tekfen and Akzirve are among them.

One of the most "view" branded complexes in Zeytinburnu is Selenium Park from Aşçıoğlu İnşaat. The advantage of this district is a well-developed transport infrastructure. Tram, Metrobus, Marmaray - everything is very close. The social facilities implemented here in recent years are also attractive. For example, Europe's largest leisure center with a skating rink, «Fişekane», opened recently with the support of the Ministry of Youth and Sports. It now hosts concert events.

Market experts believe that Zeytinburnu and especially the Kazlıçeşme quarter are the "pearls" of Istanbul. After all, this is one of those rare districts that follow the so-called "horizontal" architectural concept and with a relatively low building density so far. This is entirely consistent with post-pandemic trends and people's strive for solitude.

The district ensures comfortable, cozy, and green living. And again, it is located at the intersection of the metropolis transport routes.

So, according to experts, "... this region is preparing for an increase in residents from the category of the population with a high-income level." 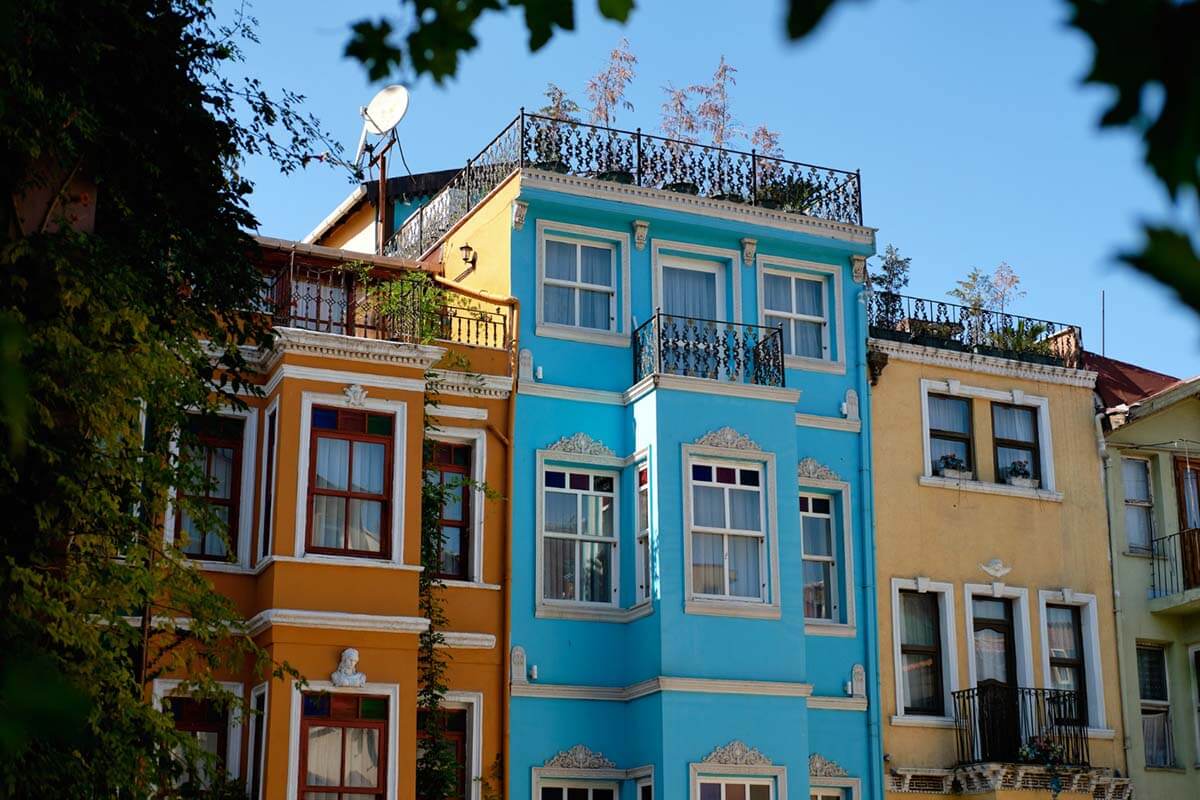 Ataturk: ​​from the airport to a prestigious residential district

The authorities planned the recently closed Ataturk Airport, which ceded its “work” to the New Airport, to be turned into a national park with the most modern social infrastructure. But at the same time, it has become both the focus of investors' interest in Istanbul housing and the new "center of attraction" on the European side of the city.

Market players believe that such a "forest within the city" will have an extremely positive impact on nearby districts, increasing the comfort of living at least five kilometers around. This includes the districts of Avcilar, Bağcılar, Bahçelievler, Bakırköy and Büyükçekmece.

Residential complexes near the old airport are being built according to innovative projects and using the most modern technologies, and there are already dozens of them.

What projects are being implemented or have already been built in the districts and quarters adjacent to this new green area, twice the size of the most famous parks on the planet, such as London's Hyde Park? Indeed, a new “set of green lungs” has appeared almost in the center of the city of Istanbul. This significantly increased the attractiveness of land plots here, even before the buildings under construction were commissioned.

Let’s mention only a few of the most significant complexes.

In the Sea Pearl Ataköy design by Kuzu Group, residences are offered in 1+1 to 5+1 formats; the price starts from $8,000 per 1 sq.m. There are several hundred apartments here, some are so-called "independent" (for sale), and some are rooms forming part of a hotel. The area of ​​residences ranges from several tens to several hundred square meters.

Another interesting complex is the chamber “boutique” design Ihlamur Konakları (the developer is Beyaz İnşaat, location is Bakırköy). It consists of 73 apartments in 11 blocks. At the start of sales, the prices were fixed from 2.3 to 6.4 million TL.

Some designs provide not only residential but also commercial premises. So investors can also consider doing business "without leaving home." One such complex is Nivo Ataköy by Cathay Group and Liderlik Development. The design included 314 residential and 73 commercial premises in two 17-storied buildings. And here, the prices for apartments with a minimum area at the sales opening time were more than acceptable: from 711,700 TL. However, let’s clarify that this particular complex was commissioned quite a long time ago, and the prices were different. 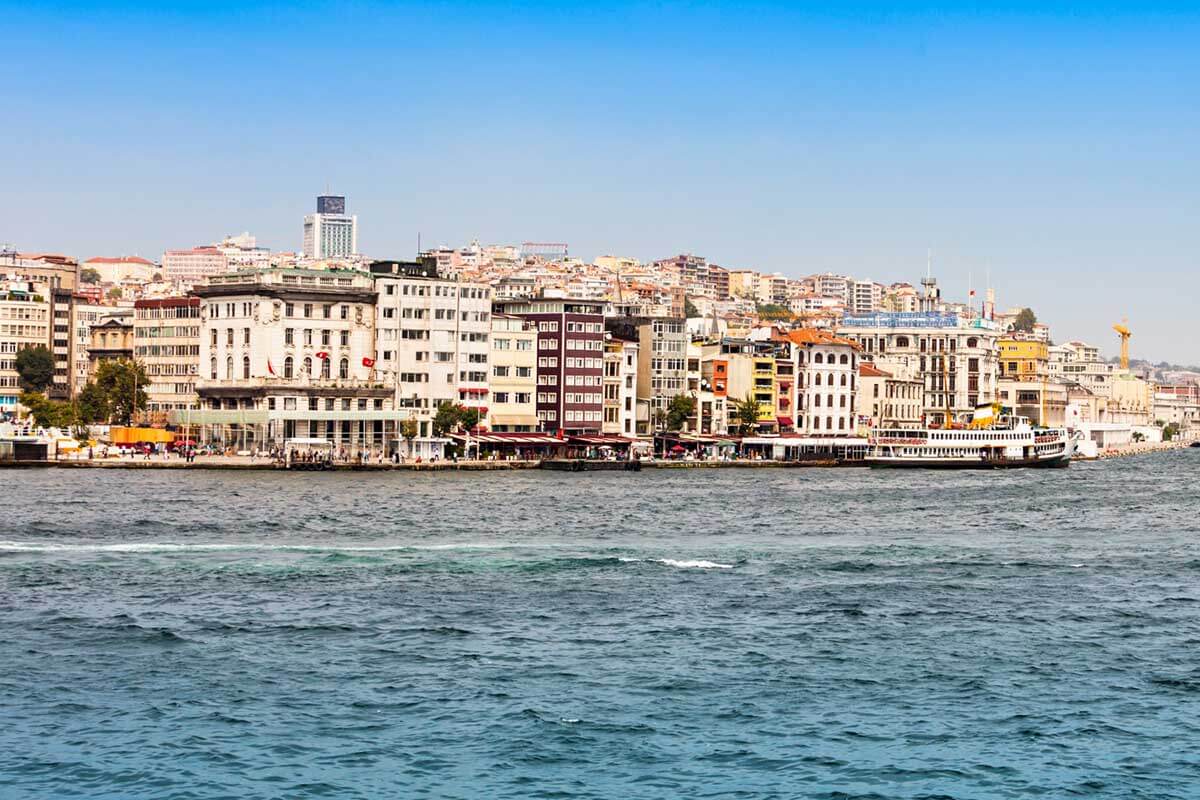 How to make a choice?

Here is what local experts advise homebuyers: “If a house is purchased primarily for investment purposes, it is logical to give preference to the city's so-called “developing” districts, where the transport and social infrastructure is being completed: later, they will grow in price. Suppose the purchase is performed for living. In that case, it will be useful to decide on priorities and search for suitable real estate property for you, considering your wishes and requirements.

According to experts in the districts considered above and in Istanbul as a whole, the prices will continue to grow at about the same rate as in 2021 for at least another two years. Construction costs are rising (the cost of buildings and structures developed over the last year alone). The range of new housing for sale in the metropolis is growing slowly, especially with demand.