Growth in housing prices in Turkey: mid-term results in August 2022 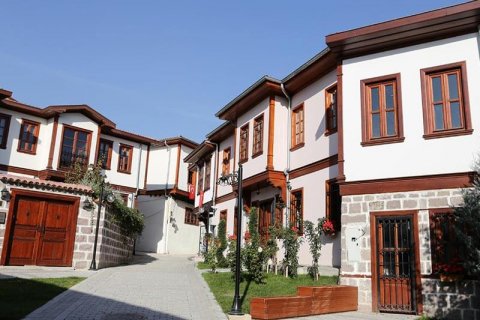 Even though August is neither the conclusion of the quarter nor the end of the summer season, real estate market experts still compile mid-term results in September, and it’s precisely based on August statistics that they’re able to “speak” about the year’s performance.

People who are interested in the Turkish housing market can also clearly predict further changes in home prices after seeing the data for eight months (January to August).

As of the end of August 2022, prices for homes for sale in Turkey grew by 203.15% - the national average. This was reported by Endeksa, a predictive real estate data analytics, and insights portal.

The average price for one residence (countrywide) reached almost one and a half million Turkish liras: 1,488,500 TL.

Currently, the average area of a housing unit for sale is about 130 m².

The average cost per square meter was 11,450 TL by early September.

According to the data at the end of August, the pay-back period for a residence with the above-mentioned “average” characteristics was 19 years.

As a comparison, let’s recall that the Central Bank of the Republic of Turkey, CBRT, publicly announced the following figures just two months earlier:

According to the average annual indicators, the provinces with the quickest growth rates as of the end of August 2022 were Mersin, Istanbul, Antalya, Kocaeli, and Tekirdag.

Siirt, Bayburt, Ardahan, Elazig, and Tunceli are the regions with the lowest dynamics in housing costs and are typically not very popular.

By the way, if you check the monthly sales reports, Ardahan and Bayburt constantly rank in the “top three anti-leaders” for the number of property transactions completed per province. For example, these are the results from August 2022.

In terms of real estate investments, Antalya, the most popular resort province, is now the place with the fastest return on investment (ROI).

Home buyers in Aydn, Trabzon, Kirsehir, Balkesir, and Bingol will have to wait for the longest (as of the end of August 2022). 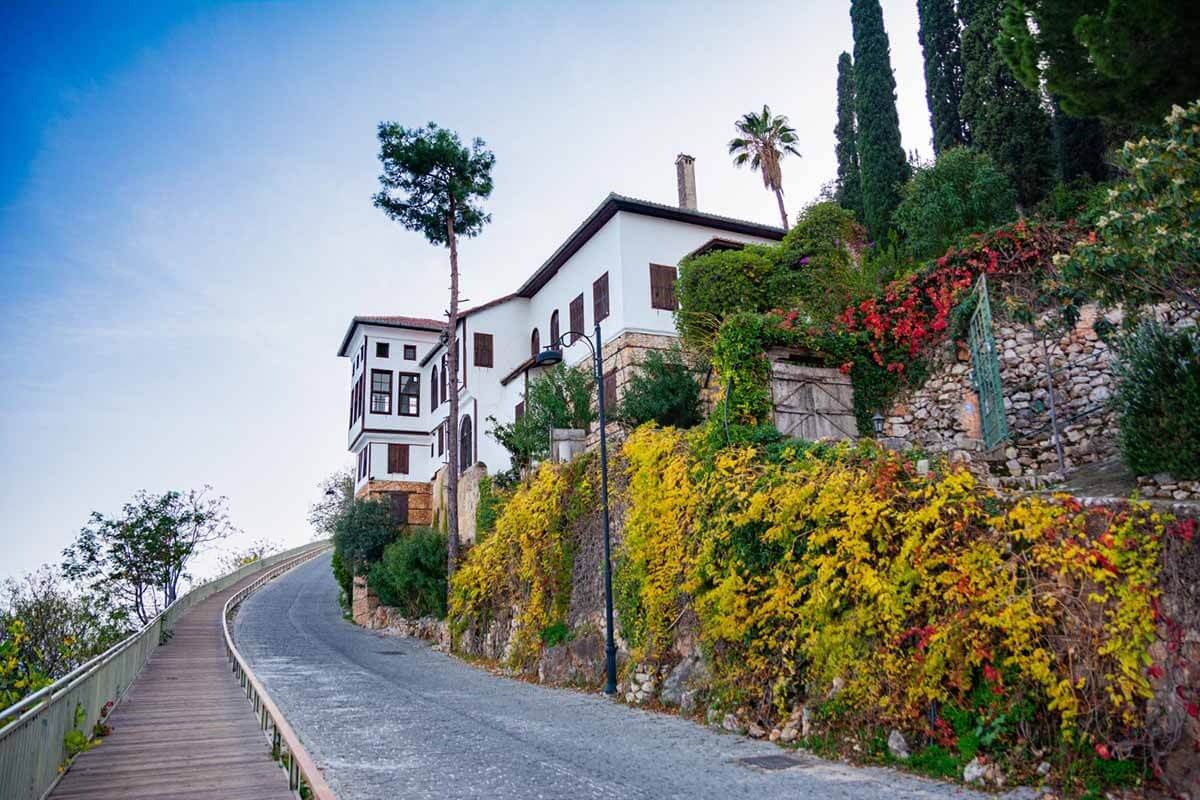 With a gain of more than 214%, they are ahead of Antalya, the “resort capital”. The dynamics of price growth in these settlements are not expected to "slow down" significantly in the upcoming months.

But so far, for July only, analysts have provided precise data for certain areas of megacities.

To be clear, there is a high demand for new construction in the various residential real estate sectors. Overall, as of the end of June, the value of new buildings has increased by 164.8% over the previous year.

Buyers are attempting to find accommodation that is not too expensive and, if possible, spacious as well; for obvious reasons.

Returning to the topic of megacities, Emlakkulisi claims that there is a significant spread in tariffs based on information gathered by the editors of a survey of 12 districts in Istanbul (TSKB Gayrimenkul Değerleme).

Thus, Esenyurt turned out to be the area with the most affordable prices for new housing: the price for 1 m² in a typical building starts at about 12,000 TL. If someone wants to buy a home in a brand-new development within a decently secured Istanbul complex, the price per 1 m² starts at 30,000 Turkish Liras (TL). In other words, the most affordable “standard” size apartment – 100 m² – costs at least 3,000,000 TL. However, higher-class homes cost a minimum of 20,000,000 (TL).

An area of 1 m² in newly constructed buildings in Istanbul’s most populated and key neighborhoods, Besiktas, Sisli, and Kadikoy, costs over 200,000 TL. Accounting for the larger space, the total cost of a unit can be as high as 30,000,000 TL.

Bearing in mind the demand for Istanbul, the survey shares information about many more districts rather than about other metropolitan areas. The “square” of housing in typical new structures in Istanbul varies on average as follows:

Compared to other major cities, prices are considerably different. For example, the price per square meter in a residence on the territory of a newly constructed building in the capital, Ankara, reaches 50,000 TL, while in Izmir it ranges from 6,500 TL to 85,000 TL. Izmir real estate is reported to start at 10,000 Turkish Liras (TL) per “square”.

By the way, although you may find real estate up to 10,000 TL per square meter outside of the central regions (like Cankaya, Kechioren, and Yenimahalle), Ankara also has the most reasonable pricing. There are available options for 4-5,000 TL on the outskirts. 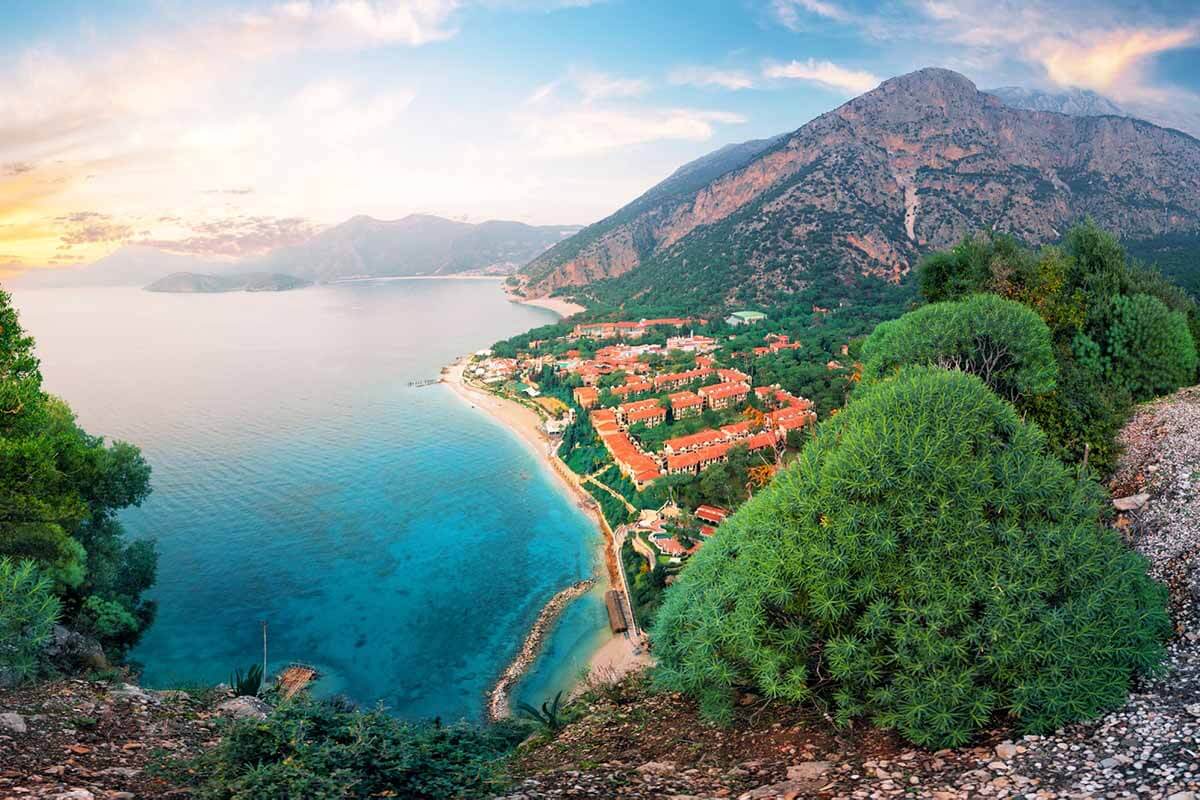 Rating of the CBRT: top 10 regions

Analysts also pay attention to some “zones“(groups of cities or regions), where there are similar dynamics in prices. Investors should take a closer look if they are not focusing only on house purchases in the largest metropolitan areas or resorts.

At the end of summer, the Central Bank of the Republic of Turkey published the ratings of the fastest price-growing regions with a similar territorial basis. These are the top 10 regions identified by the CBRT reports:

So, starting with tenth place.

Yonel Maya, the CEO of the company (TSKB Gayrimenkul Değerleme) that carried out the study, clarifies that in the last five (!) months alone, the average rise in property prices was 47% in Istanbul, 22.5% in Ankara, and 24% in Izmir, emphasizing that there are separate districts in Istanbul that have “added” more than 60% in just the 150 days mentioned!

“In this regard, 2022 is extremely different from previous years. The high growth rates in construction costs are also impacted by a drop in the number of newly added units (homes put up for sale), which reduces the supply, in addition to factors like inflation and the inadequacy of deposit investments to protect the value of money in real terms. It stands to reason that this rapid rise during five months will likely slow down slightly in the last quarter of the year.” according to the expert.

However, Hürriyet officials in the development sector reported that “... although the rise in home prices continues, the growth rate is slowing down” as winter approaches. Let’s see whether these forecasts will come true.