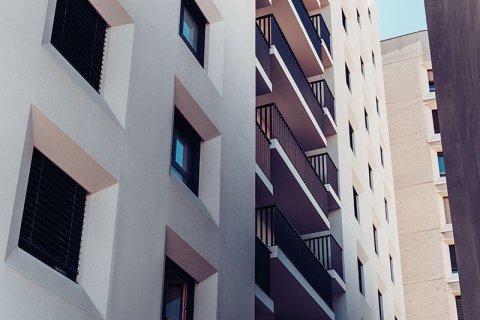 The Ministry of Environment and Urbanization of the Republic of Turkey insisted on building a rainwater harvesting system on the roof of newly constructed buildings. The corresponding Amendments to the Zoning Regulations have already been published on the official websites.

According to the amendments, now, taking into account the growing problem of drought, rainwater collection systems will be built on the roofs of all buildings erected on land plots of more than 2,000 sq m. The collected water will go to the underground depot (storage) and will be used for irrigation and maintenance of the adjacent territory - green spaces, etc.

In addition, local municipalities have the right to oblige to build such systems in residential complexes of a smaller area.

Turkey sometimes experiences the shortage of water supplies: in some winters, such as in the winter of 2020-2021, the level of rainfall is lower than usual, which leads to the problems with water supply for all needs. Climate change is also influencing the water supply situation. Since 1994, the average day and night temperatures have been gradually increasing, winters in Turkey are getting milder and summers hotter. As a result, the risk of drought may occur in some regions.

Therefore, it is always better to play it safe, and collect water centrally.

In December 2020, Turkish Minister of Agriculture and Forestry Bekir Pakdemirli announced that the government was developing a project to create 150 underground dams by the end of 2023. These reservoirs will also collect groundwater. That, however, says the minister, does not negate the urgent recommendation to the residents to save water, monitor leaks in the water supply system and fix them in a timely manner, as well as make agricultural businesses more sustainable, for example, to use drip irrigation.

It was also said that construction of buildings in Turkey continues to follow the trend of sustainable development. For instance, the country is switching to "horizontal architecture".